Research: Books for ideas for the Falklands 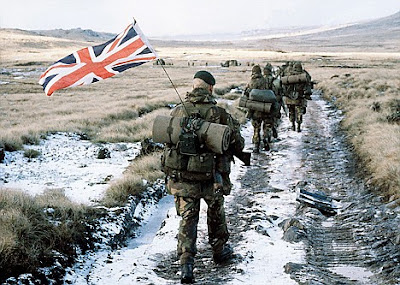 Just received some interesting scenario ideas from the Ambush Alley Games forum for the Falklands campaign.
The ideas include:

An SAS/ SBS raid on Stanley Airport with the mission objective to destroy an Argentinian Hercules to block the runway.

An Argentinian landing of paratroopers from the Argentine 2nd Airbourne Infantry Regiment near San Carlos to oppose the British landing. (The regiment was apparently put on standby at Menendez's request.)

Some reading material that was also suggested include:

Email ThisBlogThis!Share to TwitterShare to FacebookShare to Pinterest
Labels: Falklands