What's in the Box (Allies Miniatures)?
The Allies miniatures add up to 128 points out of the box.
Compared to the Axis miniatures, only the hero Rhino, the Hammers and the Blackhawk mech, can really be considered to be unique to the revised core set, the rest are modified Inf. 2 units that are already available as expansions. 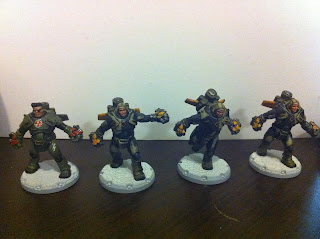 Rhino (Inf. 3 hero armed with a jump pack and 'Rocket punch') and 'The Hammers' (Inf. 3 jump troops also with rocket punch), they are pure close combat troops and can do a lot of damage up close and personal, with the potential ability to destroy any hapless infantry squads and enemy mechs that lack anti-infantry weapons. (Out of the box, I would send them after the Laser Grenadiers). Rhino like all heros paired up with squads will add his number of wounds to the squad, making them much more resilient. 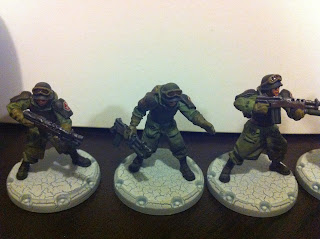 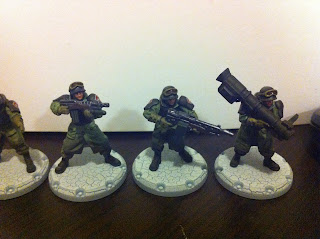 The Death Dealers consist of five Inf 2. soldiers, they are essentially a Recon boys unit with a Bazooka added to the squad while keeping its MG. This is a a great unit to form the backbone of an allied army allowing it to deal with anything and everything the enemy can send their way. But as a 'jack of all trades' unit, they are a master of none and can potentially be overwhelmed by a massed infantry assault or heavier mechs who can shrug off the bazooka. Out of the box, they would do well pairing up with the Blackhawk, benefiting from using the mech as cover while providing longer range fire and protection for the short ranged light mech while it closes on heavy mechs or dug in infanty positions. 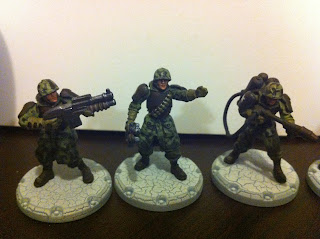 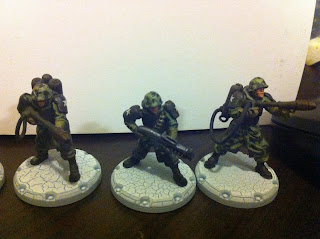 The Hellboys, are an Inf 2 squad with 2 flamers and 3 shotguns, they are great for holding objectives especially if supported by something that could whittle down incoming troops from a distance. i.e. The Pounder Medium mech. The fact that they have two flamers and 3 shotguns also make them the perfect squad for dealing with units like zombies and gorillas. 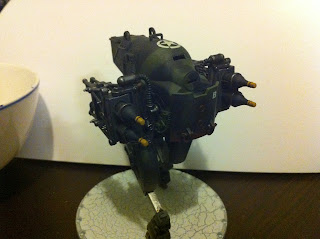 The Blackhawk is a  3, it's a nice and cheap all-rounder mech with accurate weapons (You get to roll lots of dice increasing the chances of hitting) that can damaged anything on the field (and on a good roll, destroy anything on the field). It is unfortunately severely limited by a range of only two squares. Like I said, I would pair it off with the Death Dealer infantry squad.
Posted by Frankie at 01:31