FFG have released the PDF rules for Operation Icarus on their website and this is a big one! 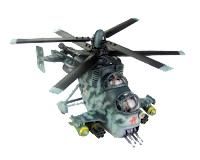 Potentially, there will be seismic shift in the balance of power between the three major Dust armies. The release of Zverograd unleashed the SSU and their dreaded helicopters into the universe and they have ruled the skies and the battlefields for the last 6 months.

Axis and Allied anti-air assets have been found to be desperately inadequate and the 'Advanced Deployment' rule have caused lots of balancing issues, we played a game where my SSU helo deployed last, swooping in on Turn 1, won initiative for Turn 2 and took out my opponent's Rattler, Mickey and a squad of Reapers.

The Allies also haven't had much in the way of love or major rule upgrades since Operation Cerberus a year ago, while the Axis and the SSU had their forces both expanded and fleshed out in the 2 expansion packs since.

Granted, we've had the Cobra, Rattler and the new Commando/ FFL troops, but in terms of the ongoing arms race between the 3 nations, the Rattler is merely fulfilling the role that the Heinrich, Ludwig and Natasia walkers in other armies are doing and the phaser weapons are unreliable at best. Although, the Commandos look great and are much more reliable and will be useful and deadly paired up with Action Jackson. 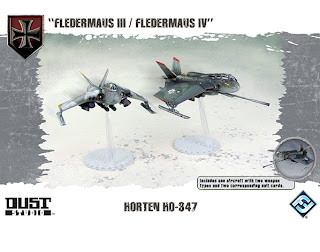 New units and game changers
So what issues are addressed with the introduction of Icarus?

In terms of new units, the introduction of Allied and Axis flyers mean SSU flyers no longer dominate the skies. (Gone are the days when Airblaster configuration helos can't swoop in, bomb your precious walkers and fly off or air transports to ferry troops into the battlefield with impunity) , 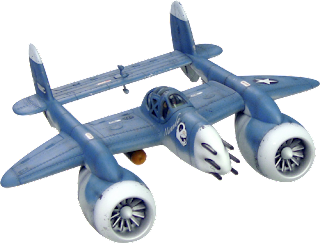 Going down the list, the first thing that pops out is 'Air Alert', which allows two rerolls when specific AA units make sustained fire rolls... Which will make what I assume will be the 'Skysweeper' heavy walker, DEADLY to air units.

The Long Tom II artillery unit introduces 'Magazine Reload', which effective makes it an artillery unit that doesn't need to reload and can fire every turn or as many times as you have Artillery observers (?)

And 'Explosives Weapons' (sic), which appears to give the likes of Priest and the BBQ Squad a new lease of life against upcoming bunkers, but for now, they can clear the way for Walkers by being extra effective against tank traps. It allows you to give the enemy a false sense of security by bunkering in a BBQ squad in hard cover, scaring off any enemy units from getting too close while a walker gives it long range support. At the right moment, you can reliably destroy the tank trap and clear the way for the walker to move forward.

All this and I still haven't covered the Mobile HQ, the USMC's HMG, mortar teams and we don't know what surprises Sergeant Victory will bring! Or what this means for the Axis and the SSU with their own undead surprises, VTOL jets and ridiculous firepower!

Of course, the proof of the pudding is in the eating and we will really see and know how effective they are once the units are released in the next few months, but I think Allied players finally have something to cheer with this late Christmas present!
(It almost makes up for Grim Reaper squads being more fragile than Heavy Recon Grenadier squads for the same number of points! ...Almost!)
Posted by Frankie at 20:33